The trilogy is finished. The King’s Glory is now available.

“When Hecate told me to destroy my country or die in a state of eternal damnation, I chose to die damned. I even made the arrangements. So what happened?” So asks Llewelyn, the reluctantly evil cleric narrator of the Enemy Glory trilogy.

His trial ended, Llewelyn’s deity orders him to restore a now-damaged world to its pre-damaged state without violating his evil alignment. If he fails, he will suffer unspeakable torture upon death. Forever. Which could happen at any time, seeing that everybody he’s ever had contact with—including other evil clerics—are trying to kill him.

Unwillingly aligned to evil, facing eternal torture should he die without fulfilling Hecate’s mandate, he must justify the world to the gods.

Let’s play a game of choice and consequences. What if you had to destroy everything you ever loved or suffer eternal damnation? Enter the dark. “Then live and be damned.”

Llewelyn is a brilliant young evil magician who is dying in extreme agony at the foot of his arch-enemy, the good and lawful King Walworth of Threle.

Enemy Glory is Llewelyn’s astonishing deathbed confession, his alarmingly passionate and strangely lyrical account of his heartbreaking decision to embrace evil, told with wry humor and trenchant irony against an epic backdrop of magic, the gods, betrayed friendship, unrequited love, war, and the rise and fall of empires. 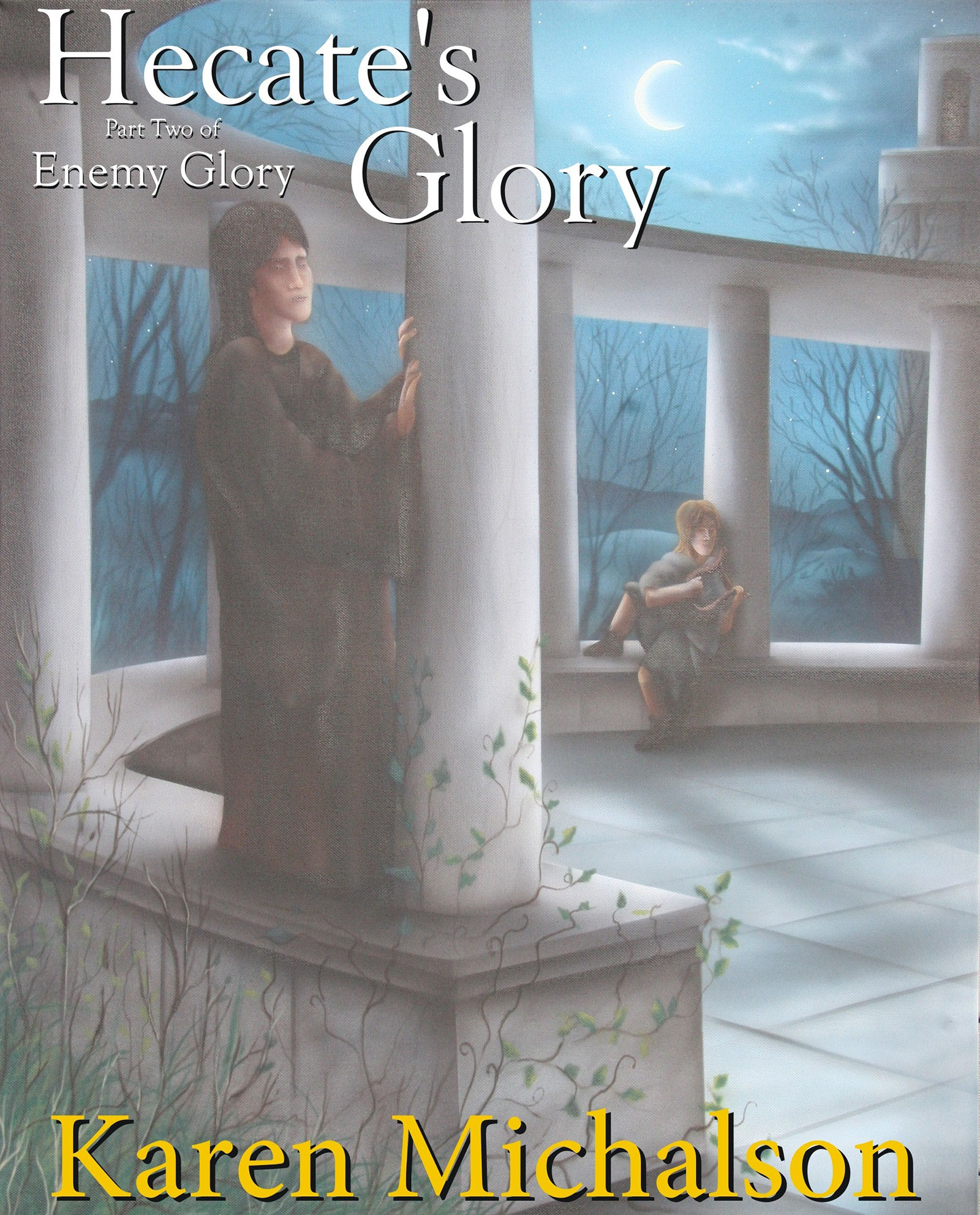 “One heartbeat of blistering darkness to die into. One brief dying to return from.”

In Hecate’s Glory, Llewelyn continues his strange deathbed account of his alliance with evil, the tale of his life as a highly adept priest of the dark goddess Hecate. Torn between his love of artistic beauty and his mandate to destroy it, Llewelyn continues to stand trial for his life. Or is it for his death?

Matter Notes: Where I write about the war on the humanities and other cultural atrocities. Scribere est agere.

Three Moons for June Animals and humans howl, chant, and form circles; clumsy attempts to mirror What Is and know themselves, briefly, as ongoing manifestations of God. Singing, clapping, spinning, healing, falling back to ground and limitations. This sort of thing has been happening since at least the late Neolithic. Continue Reading
Three for Beltane Solitaries. Madness. And now the fairies depart. I’ve always been fascinated by art that emerges from insanity, and what better example of same than Richard Dadd’s famous painting. Whether he was in communication with Osiris, as he claimed, or suffered from schizophrenia, is perhaps a question of culture and consensus reality. Continue Reading